Josh Horowitz and Brett Stillo inaugurate their new podcast with a discussion of the 20th Century Fox logo (minus the fanfare) the Fox-mandated scene with the Lawyer and Egg Shen, and the hero-sandwich-chomping Jack Burton on the Pork Chop Express.

Minutes 5-10 come to us from Pasadena, CA, where Josh and Brett meet in person at the Saga Motor Lodge (and with lots of unfortunate room reverb, apologies!) to discuss John J Lloyd, Fan Tan and Tien Gow, the viability of bottles being cut in half by a machete, and freeway extensions.

Special guest Pete Mummert from the Indiana Jones Minute joins us on the Podcast Express as we arrive at the airport and discuss a pre-9/11 world where knives, guns, Eskimo snow goggles and red Pontiac Firebirds are commonplace.

Special guests Alex Robinson and Pete the Retailer from the Star Wars Minute join Brett and Josh in discussing Minutes 20-25, which cover the Three Storms, a ghost-like epiglottis, cars, and a discussion of color theory.

Minutes 30-35 take us to the White Tiger’s, where we discuss Chinese girls with green eyes, animated lightning, protein shake concoctions, and calling the president. Featuring Tom Taylor and Gerry Porter from the Indiana Jones Minute Podcast.

Join Jack and Wang as they infiltrate the Wing Kong Exchange in Minutes 35-40, and join Brett, Josh, and guests Jim O’Kane and Mark Cerulli from the Airport Minute Podcast as they discuss Chinese divination, 80s mullets, fresh vs. saltwater bubbles, and Sun Lik beer.

For their 10th episode, Brett and Josh bring their partners in crime, Audra Wolfmann and Lena Horowitz, to discuss Minutes 45-50. Featuring a round skeleton room, Chinese myths and legends, Jack’s double piggyback ride, and a wild wheelchair ride.

In Minutes 65-70 we reach the underworld of this video game-like portion of the film, and Crystal Beth of the Unlimited Lives podcast joins Josh and Brett in a discussion of bat poles, elaborate rituals, Black Blood of the Earth, and bug monsters.

Stephen Escudero from the BTiLC and Vundablog podcasts joins Josh and Brett to discuss Minutes 75-80 of Big Trouble in Little China. Featuring the Eyeball Guardian, a notable toast, two stabbed characters, and an unusual wedding ceremony.

Marital arts choreographer, associate producer, and Big Trouble in Little China actor James Lew (Chang Sing #1) joins the Podcast Express in discussing his experiences on the film, as well as Minutes 80-85, which cover the amazing fight scene in the Great Arcade.

Burn rubber with the Reels & Wheels podcasters Sid Bridge and James Rodatus as they discuss the climactic Minutes 85-90 with Josh and Brett. Featuring a lipstick-smeared kiss, a final showdown, an inflatable miniboss, and a fleet of Pontiac 6000s.

In our penultimate episode, game designer of the Legendary Big Trouble in Little China Board Game Rob Heinsoo joins the Podcast Express for Minutes 90-95. Featuring Lightning’s final showdown, a neat crossbow, a classic escape, and a unique ending. 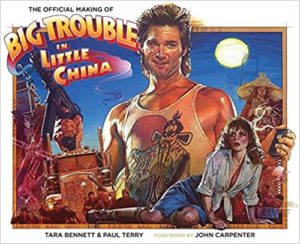 In this bonus episode, Brett and Josh return to the Podcast Express to discuss the Official Making of Big Trouble in Little China book by Tara Bennett and Paul Terry, published by Boom! Studios. 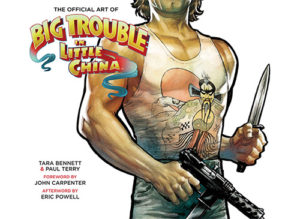 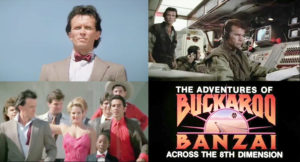 Brett Stillo and Josh Horowitz will be doing 5 Minutes of Banzai, discussing the Adventures of Buckaroo Banzai Across the 8th Dimension 5 minutes at a time. This preview episode covers the trailer to Buckaroo Banzai, which includes lots of bow tie.

Back from a long hiatus, Josh and Brett talk with Wesley Freitas, producer, actor, and creator of the YouTube parody “Lo Pan Style.” Wesley discusses the making of the video, and his thoughts on Big Trouble and the upcoming sequel with the Rock. 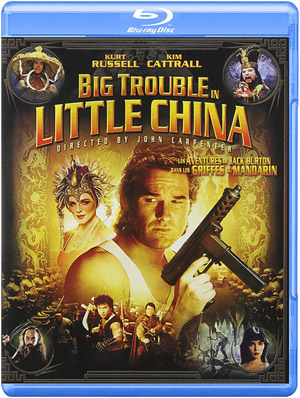 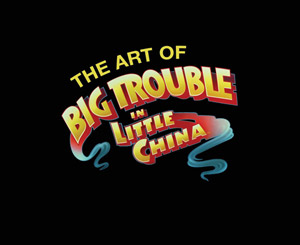 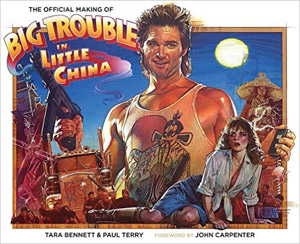